“I told myself before the start that this was either going to be the dumbest thing I’d ever done or one of the greatest. And it was.”-abk

Well. THIS👆🏽 is where we left off last November. I had just finished the New York City Marathon Volume 2, exclaiming both how incredibly wonderful and ridiculously stupid it was that I had done it again.

Fast forward to this past Tuesday, and there, sitting in my inbox, was this year’s invitation from Team Arthritis Foundation ready for Volume 3. Run again. Raise some money. Let’s go!

Nope. Not this year. I can’t. And it kills me to have to say that. For one, I loved it. Volumes 1 and 2 were both mind-blowing and life-changing. But more importantly, to have to say “I can’t” to anything, which is a phrase not allowed in this household’s vocabulary. Because as you should know by now, I believe anything is possible (no matter how far-fetched), and I’m on a journey to live it.

Pounding my joints on the pavement over and over is literally one of the worst things in the world for an arthritis patient. So when I told Team Arthritis Foundation two years ago that I wasn’t running in honor of anyone and that I was the one who was actually afflicted, they almost passed out. What? Good God, man. Isn’t it painful?

“Mama always said life was like a box of chocolates.”-Forrest Gump

“I don’t care what mama said. What did mama do?”-abk

On the Saturday before the first marathon, I vividly remember sitting in the NYC hotel room, watching Penn State vs Michigan State football, talking on the phone with my sister. Christy and Banks were out visiting friends in the city, and I had my feet up nervously awaiting Round 1. My sister asked me, “Why are you doing this?”, and I had no answer that day. Well…I do now.

I observe a lot of idle dialogue, and for whatever reason, it is a massive pet peeve of mine. Lots of “you can do anything you put your mind to” rah rah and not as much actually doing it. I got to thinking, “I rarely pay attention to a talker talking, but I always pay attention to a doer doing. Maybe I should DO more myself. Maybe that might help someone.”

Case in point: I hardly ever listened to a word my mother told me (she knows this), but I undeniably admired and still admire the fact that at age 69, she LIVES her passion (piano) daily. She doesn’t talk about it. She just does it. And that has been a silent, guiding influence for my entire life.

My son got the “doesn’t listen” gene also, and I just giggle, because of course it came from me. But he watches every move I make and every single thing I do. So instead of telling him he can be whatever he wants, I’m just going to show him by how I live. He’s smart. He’ll get it.

“You can’t write that. It’s not true.”-Christy, 10 seconds later

I wrote this sentence in the initial “About Benj” section on the website, and Christy, rightfully so, put me in my place. Her comment stuck with me because it turns out I was writing what I WANTED to be, not what I was. And to get where I wanted to be, I had to get to work. Action. So I haven’t stopped for a day since then.

Two of those days, Race Day, I felt like a true citizen of the world, mixing and mingling with anyone and everyone. I’ll miss that this year. I really will. 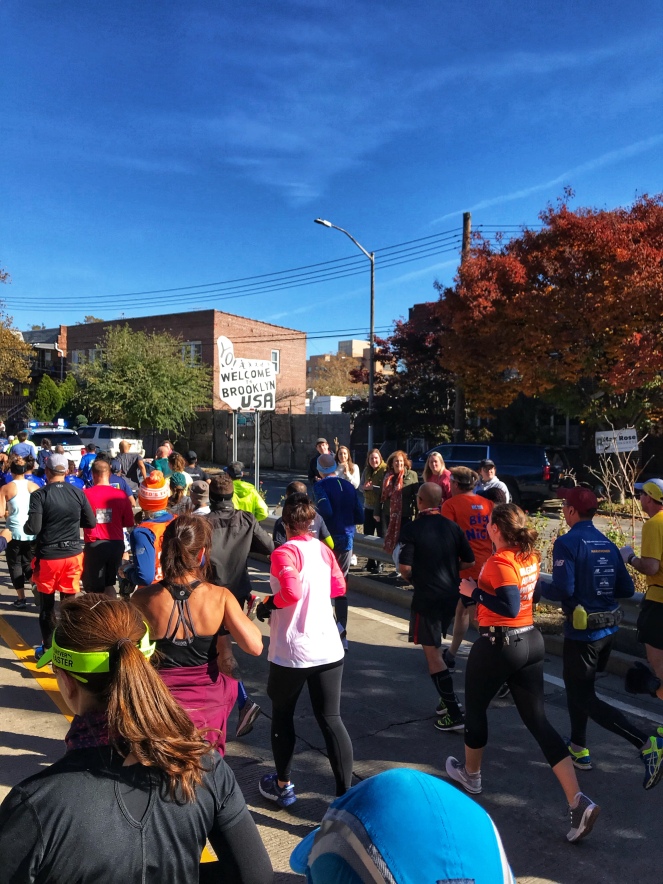 But I’ve got bigger fish to fry. My continued quest to play extremely high level golf. 10 more states to explore to hit all 50. Refocus on the international exploits. Become a true citizen of the world. And if I have any chance to do and enjoy all of this, I need a healthy hip.

So will you tell your son that you COULDN’T do it this year?

Ha! No chance. He wouldn’t listen anyways. I’ll just go do something else. He’s smart. He’ll get it.