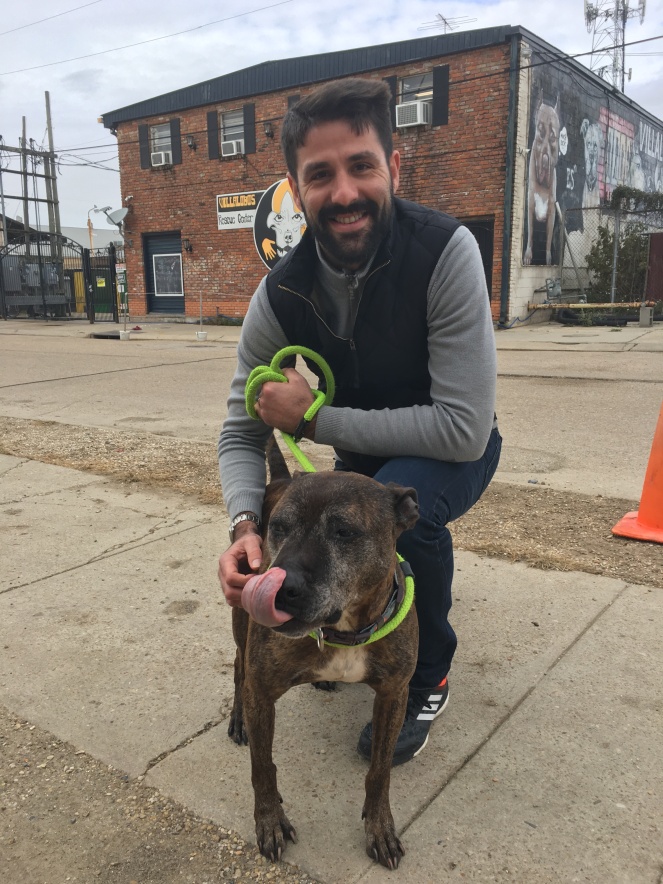 Maybe you are looking to add a little style to your life. Maybe you are trying to gain a little perspective on life. Or maybe you just want to see a cool new place. Regardless, New Orleans can help. Ready? Let’s go. So I was there last week for probably the 4th or 5th time in my life. Your eyes open up as soon as you hit Lake Pontchartrain. If you have any type of imagination, you can visualize the flood waters from Katrina rising, and it scares the crap out of you, even 10+ years later. You keep moving, and see rows and rows of houses that still haven’t been touched since then. You wonder where the hell everyone went? Did they just not come back? I have no idea. And then a minute or two later you are in the French Quarter where everyone is partying and carrying on. It’s especially beautiful at Christmas. 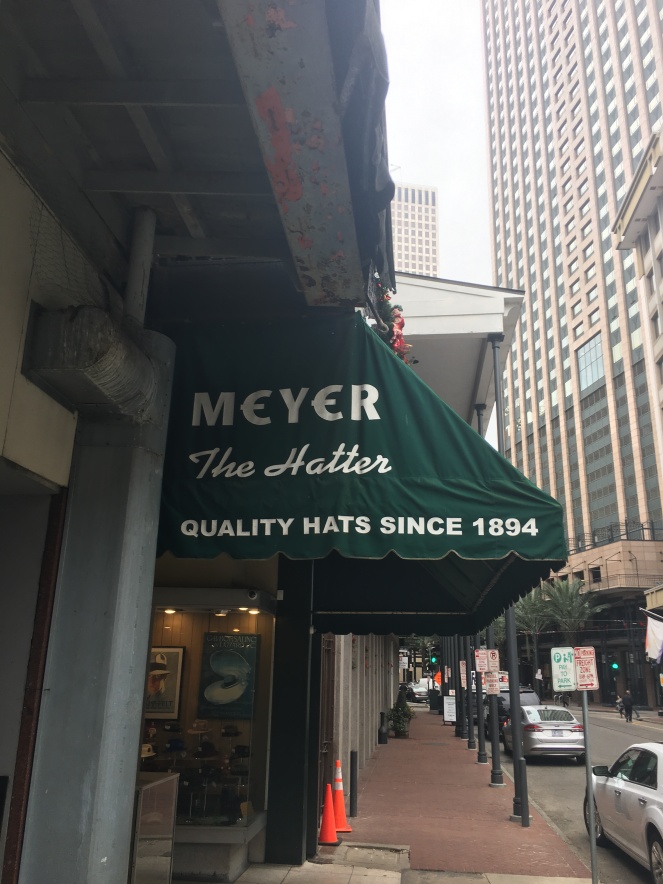 I wrote an article about money a few months ago and the 4 things that I do with it: spend, save, live, and give. It’s how I go through cities too, minus the save part (unless you count the 40% off sale I hit). The first thing I did when I arrived was walk the streets of the French Quarter. Canal. St. Charles. Carondelet. Bourbon. Smelled the Cajun spices mixed with urine on the streets. Nothing like it. Palm trees covered in Christmas lights amidst the sea of concrete. Right beside the Mississippi River. I then hit a super hip store called Friend that is attached to the Ace Hotel. I got a hand-dyed pocket square and a new patch for my jacket (see below). Both are one-of-a-kind pieces. I then went to Meyer the Hatter, the largest hat store in the South. It is 121 years old. It was like stepping back in time, mixing and mingling with an older generation that loved hats and a newer generation trying to bring them back. Just because I love to stir the pot, I asked if Cam Newton got any of his hats here. I was met with silence. And then the whole store started talking Panthers-Saints. Round 3 next Sunday. After some serious searching, I found a new willowy, moss-green fedora, and I was set.

It was 2.9 miles to Villalobos Pitbull Rescue Center, home of the world-famous Pit Bulls and Parolees television show. It was time to give back, so I went to volunteer and walk the dogs. I wasn’t 1 minute out of the glamorous French Quarter, and I could have been on a different planet. The poorest of the poor. Some of the areas are dangerous, but I have to see it. I have to understand. I need the perspective. On the way to the rescue center, I saw this place called Eat at Melba’s in the Upper Ninth Ward. Ooh, I thought. What’s this? I googled it. Bingo. I’d be back. Finally, to the rescue center. Panthers-Saints talk again got popping immediately. And then they brought me Tigger, an 11-year old brindle pitbull from California. His owner was in Iraq for the 3rd time. He looked lost. So I talked to him. And walked him. And petted him. I did what I could for the short amount of time I was there. He’ll find a new home. He’s a good boy. And then I was gone. Eat at Melba’s was unreal. Grilled gulf shrimp. Jumbalaya. Corn grits. Buttered toast. Cherry cream soda? That was a new one even to me, the ultimate soda lover.

These types of trips are why I can interact with virtually anyone. I am as comfortable talking with a gangster as I am a CEO. Because when you immerse yourself in different cultures, geographies, styles, and so on, you learn. Hear that? You learn. Ignorance dies. Prejudice dies. I don’t speak the language of black and white. I speak the language of style, rescue dogs, and good Southern food, among others. Most people I see dress the way they dress because that is how they were raised, what they see every day, or is all that they know. Same for how and who they interact with. Never leaving their bubble. I had a great conversation about this with my buddy Steve the other day. He is from Ireland. We were later joined by my buddies from Cameroon and new friends from South Africa. That’s how you learn perspective, style, and the wonderful diversity of this world.  Try it.

And if you decide to go to New Orleans, just remember this. When you are partying and acting a fool on Bourbon Street, there are people and dogs right around the corner that need your help. With a little effort, you can fit it all in. And you might even learn something too. Imagine that.

One thought on “Can We Please Just Beat the Saints?”