Who is a friend or family member you haven’t seen in a while that lives somewhere else in the world? Another city? Another state? Maybe another country? Would you like to spend some time with them? Alright, let’s go. 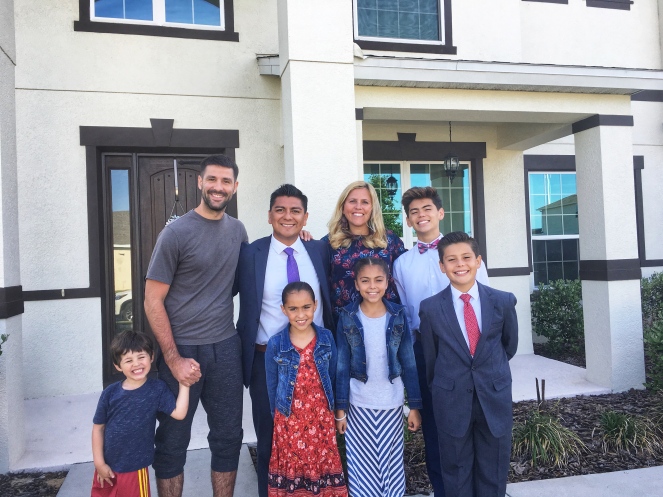 Last week my family and I journeyed to Florida, but here is how it started. I was simply annoyed at the Charlotte weather. Cold, dreary, really all over the place. So I said, let’s go to Florida. Just a quick getaway to the Orlando area. Nothing wild and crazy. Once it was agreed upon, I texted my college soccer teammate Sergio who lives in the area to see if he and his family wanted to have dinner. Next thing I knew, we were invited to stay at his house for a long weekend. 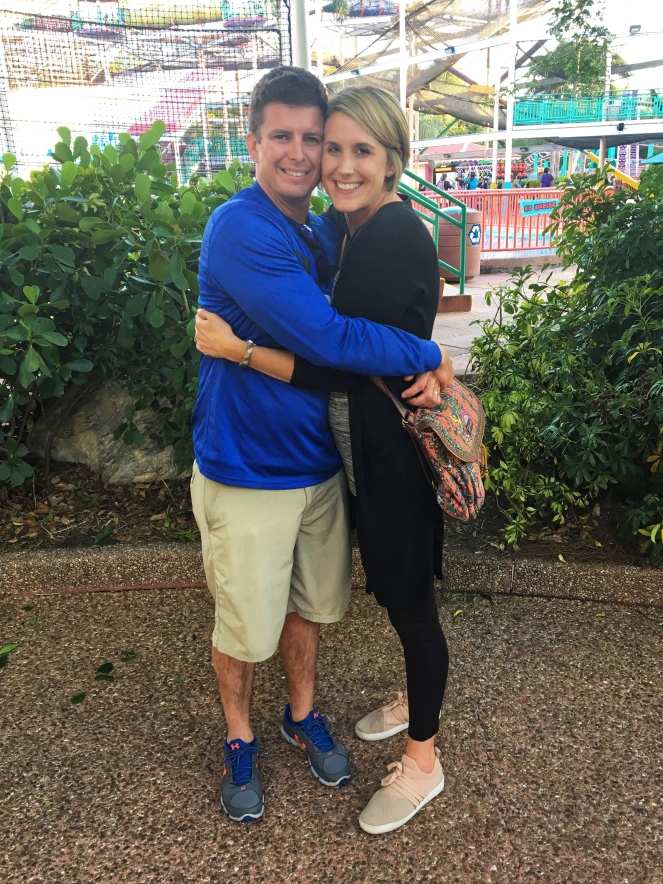 Christy then decided to text her childhood friend Mikey who is an animal trainer at Sea World to see if he and his family were around. Next thing I knew, we had a full day planned at Sea World with behind the scenes animal “meet and greets” with flamingos, dolphins, sea lions, and otters. 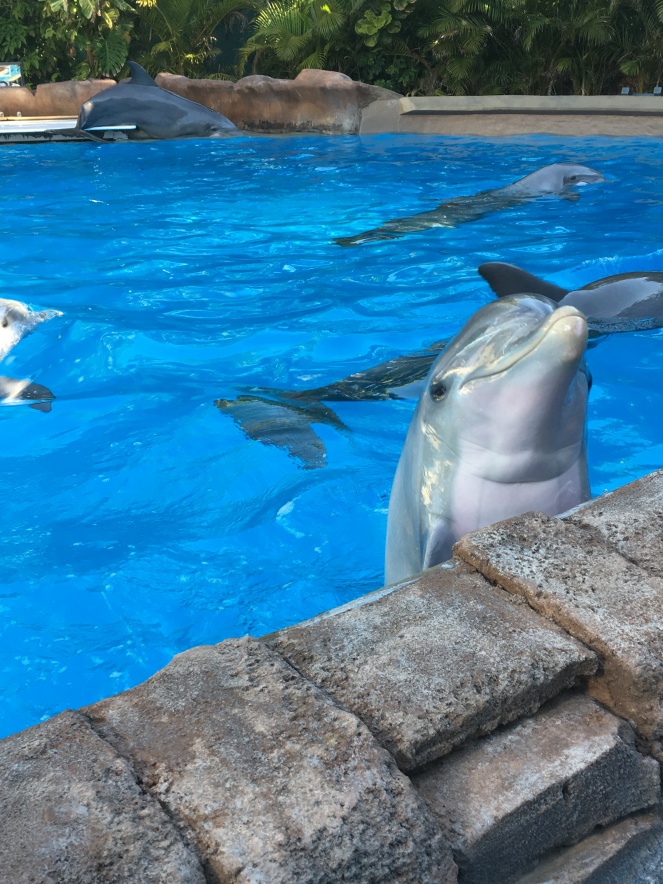 It was Spring Break in Florida last week, and Sergio called me on Thursday while we were driving down to let me know that another family had been staying with them earlier in the week and was going to stay one more night. No problem. One thing: Sergio and his wife Dionne have 4 kids, and his friend has 6. Night 1=11 kids and 6 adults. It was like the Home Alone house. 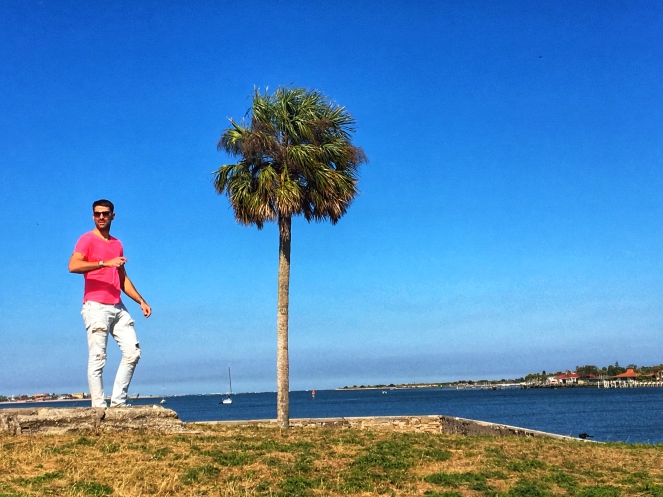 On the way down, we stopped at one of our favorite little towns in Florida called Saint Augustine.  Spent a few hours enjoying the town. Just a lovely, chill little place. 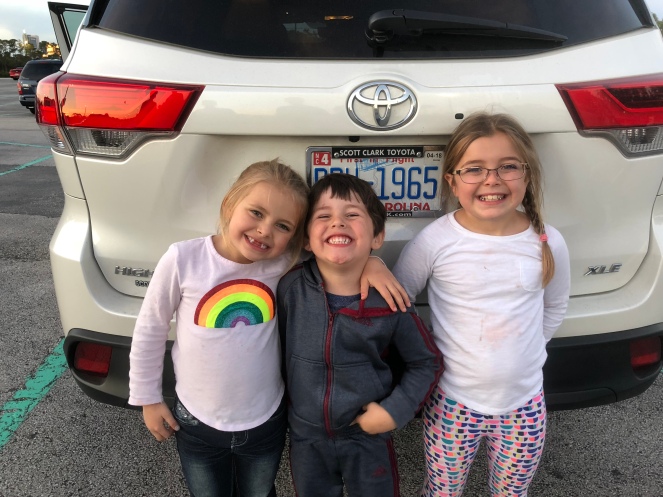 Friday was Sea World. I love animals, so it was very cool. We started the day with 4 adults and 3 kids, and finished with 5 adults and 5 kids as a friend of our friends joined the party. We had a great time, but I can’t even begin to tell you how tired I was after 10 hours of that. It was like running a marathon. 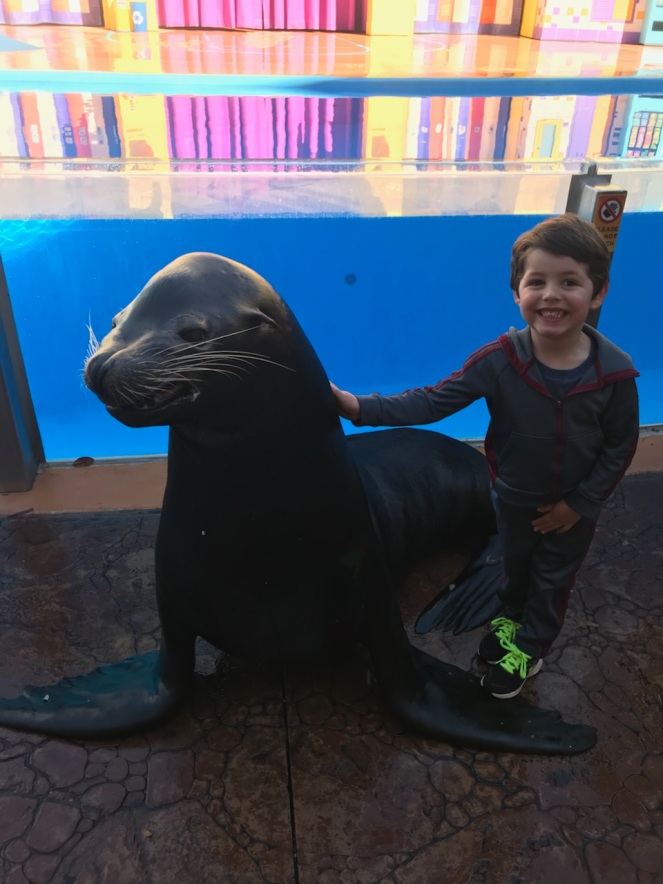 That night, Sergio and I were sitting on his couch discussing plans for Saturday.  He and I were going to Braves vs Yankees Spring Training, but he found out late that his younger son had a soccer game too. He mentioned his coach’s name, and I stopped him in his tracks. Coach Sephton? Yeah, he was on my Sunday League team here in Charlotte for years before he just moved to Orlando. We would have to stop by and say hello. Sergio and I then proceeded to talk until 3am. I do love a good conversationalist! 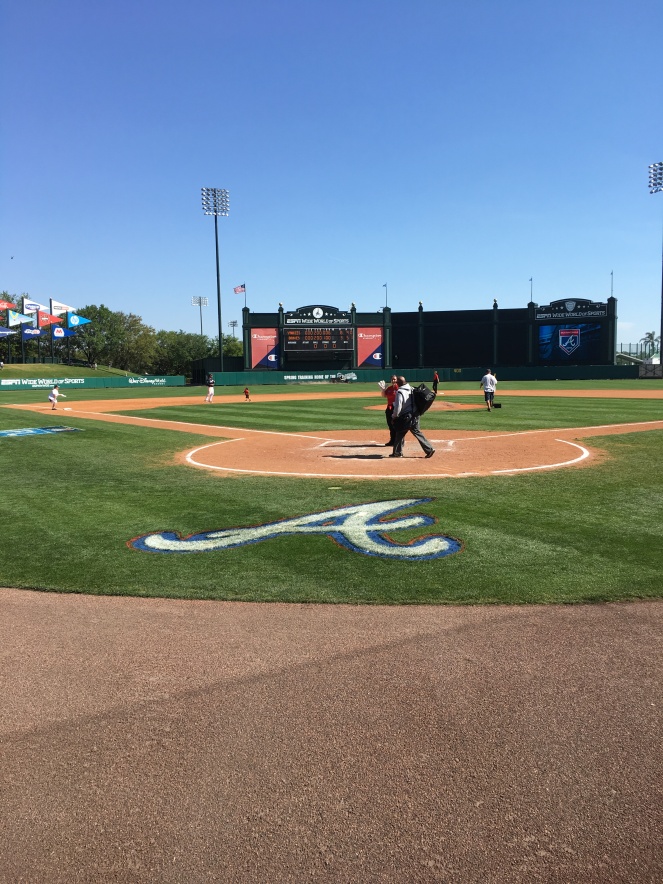 Saturday was baseball. 80 degrees and sunny at the ESPN Wide World of Sports. I wore ripped jeans, and I currently have a very strange suntan on my legs. This was an event for me. My grandparents lived and died by the Atlanta Braves, and I had been wanting to get down to their Spring Training for a long time. As I sat there, I thought my late grandmother would be well pleased. We then popped over to the soccer game, watched, and said hello to Coach Sephton, who per usual, criticized me for wearing ripped jeans. Dionne ordered pizza on the way home, and Saturday night was going to be just chill.

Wrong! I’m a bit of a smack talker by trade, and I was keen to let the kids know that their dad and I could still beat them in soccer. Challenge accepted. And for the next 3 hours, we all played. And the neighborhood joined. And we played some more. It was really, really genuine happiness. 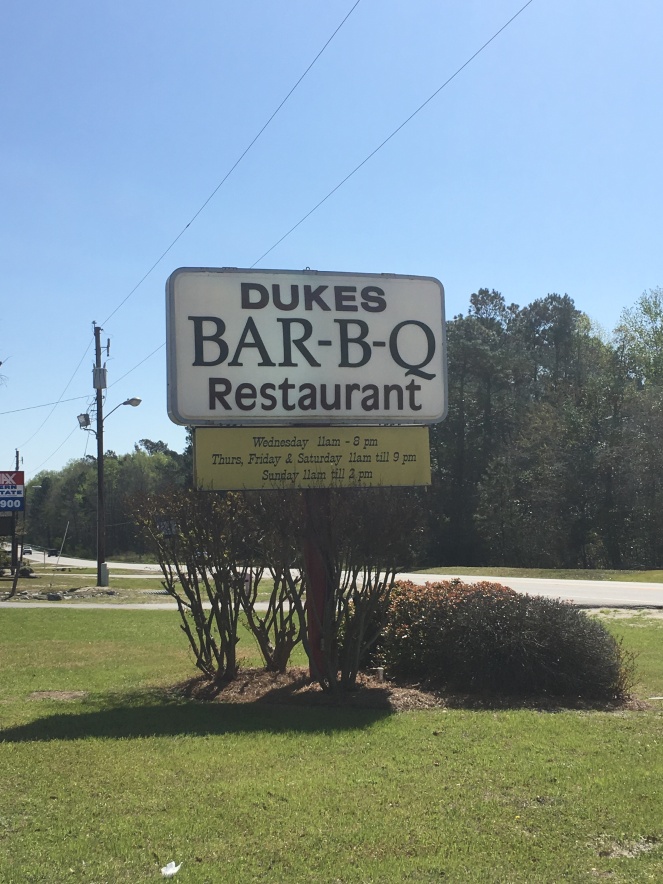 Sunday we woke up, and I was reminded I am not 20 years old anymore. We said our goodbyes, and moseyed on home with a quick detour to Daytona Speedway for my son (lover of Cars) to see. (Two restaurant recommendations between Charlotte and Orlando: Duke’s BBQ in Walterboro, SC and Maurice’s Piggie Park in West Columbia, SC.) 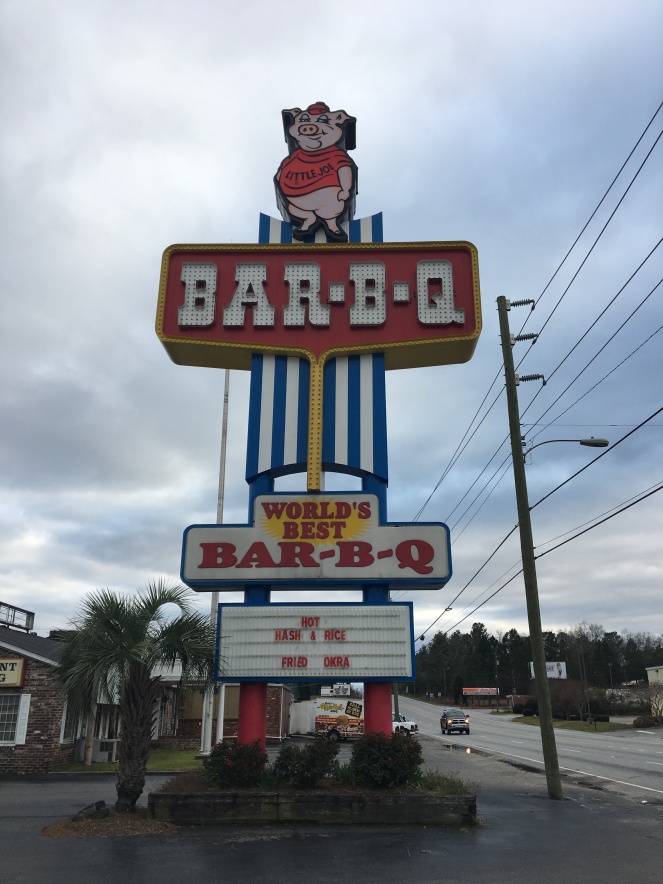 What’s the point? I felt like I was surrounded by fantastic people at every turn on this trip. It involved family, new friends, old friends, and complete strangers. If you had told me that the weekend would have played out as it did when I first thought about going to Florida, I would have said you were nuts.

So pick a friend or family member that lives out of town. See if they would like to catch up. And then go have a great new adventure and make some great new memories!

One thought on “Family, Friends, Fashion, and Futbol”