Last week, I parted ways with my 7 iron. To be more specific, I had an excellent round going and then proceeded to hit four different trees in a row on the same hole. So I simply hit the fifth tree I could find with my 7 iron, and voila, it snapped. 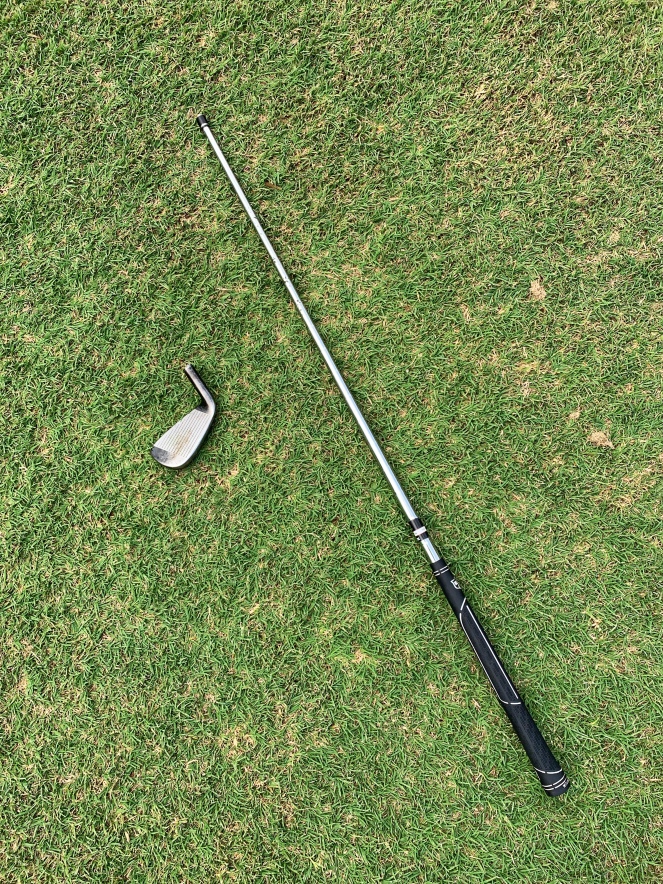 It was probably time for some new clubs. I AM on this very serious journey, and as I am now a 5 handicap, I probably shouldn’t be playing with five year old clubs. Yeah, that sounds good. Let’s not blame it on frustration. Let’s say it was genius. Just needed a reason to get some new clubs 😉.

Never in a million fu…

I have found that persistence is THE answer when trying to achieve something. Every third week, I want to quit golf. I physically hurt and am mentally fatigued. But then I battle through, cross a barrier, and enter the next level which is THAT much closer to what I am trying to accomplish. Persistence IS the answer and the key differentiator.

On the other hand, there is trying to fit a square peg in a round hole i.e. persistence because it’s “honorable” but with no real end game in site. I always share my collegiate soccer example, where I tried and tried and tried to vibe with my first college’s (new) coach, but it just wasn’t going to happen. So I quit. I was devastated. Embarrassed even. But it opened up the most fulfilling chapter for me at another college. An incredible beginning. New. Fresh.

I’ve never condoned just quitting anything, but the longer I am alive the more I question the mindless “persistence” of playing the Square Peg Round Hole game. The old insanity definition pops into my head, and I just think, “Why doesn’t that person go do something else?”

Habit. Comfort. Stubbornness. Fear. It must be fear. More specifically, “What will people think?” Been there. Done that.

Listen, I know new beginnings seem scary, and though I can’t do it for you, in a roundabout way, I kinda have.

I’ve become so afraid of NOT pursuing the new beginning that interests me that I have become a bit of a new beginning specialist. Sounds unstable and exhausting, but it’s the complete opposite. I just started coaching my boy’s four and five year old soccer team, and I am having a blast (make sure you read next week)! Though I’d heard about the riff raff with youth sports and parents, I knew I would have regretted it had I not.

Speaking of, I have become fascinated by the numerous studies and interviews with older people, many on their death beds, that ask them to share their regrets in life. Almost always it is the things they did NOT do and the new beginnings they never started that weigh heavily on them.

Regretting something you HAVE done? Drop it. Can’t change it. Learn from it. Regretting things you HAVEN’T done? Take action. Inaction is the disease. Action is the simple (but not easy) cure.

Having to see folks at an upcoming holiday party and use the words houseless, jobless, and living in Mississippi would petrify most people I know. However, I’m willing to accept the jokes, the ridicule, the potential failure, and all of the consequences. Because the trade off that is freedom to decide is too good. Having the ability to pursue this incredible journey (that I never had the courage to pursue before) and the freedom to take action on my terms is worth it. Economics 101. Tit for tat.

Maybe I’ll live in Mississippi for the rest of my life. Or maybe White Sulphur Springs, West Virginia will come calling. Or Los Angeles, California. Or the wilderness of Montana. Or Bologna, Italy. Or some place new.

Maybe I’ll become a golfer. Or a teacher. Or a world traveler. Or a proper writer. Or a coach. Or all of these.

But only two things are for sure.